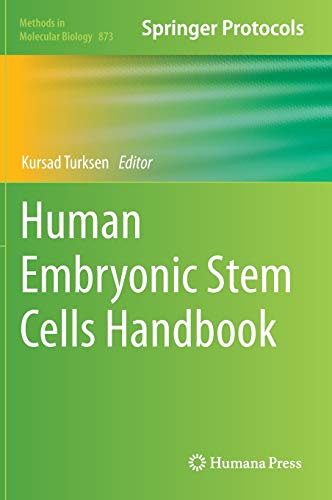 Considerable advances have taken place since the initial isolation and characterization of human embryonic stem (HES) cells; however, significant challenges remain before their potential for restoration and regeneration processes in patients can be realized. Understanding the diversity amongst HES cell lines and realizing the ability to isolate lines with robust differentiation potential remain difficult.  In the Human Embryonic Stem Cells Handbook, experts in the field provide an assortment of protocols that have been used by various laboratories around the world so as to allow both novices and experienced investigators to compare and contrast different approaches to HES cell isolation and characterization with the hope that, from these protocols, researchers might standardize approaches for HES cell biology.  Written in the Methods in Molecular Biology™ series format, chapters include introductions to their respective topics, lists of the necessary materials and reagents, step-by-step, readily reproducible laboratory protocols, and tips for troubleshooting and avoiding known pitfalls.

Authoritative and accessible, Human Embryonic Stem Cells Handbook serves as a valuable reference for scientists pursuing this vital field and its enormous potential. 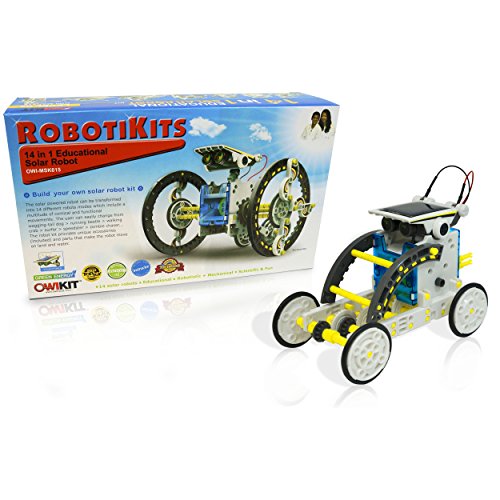 The solar powered robot can be transformed into 14 different robot modes that include a multitude of comical and functional movements. Easily change from a wagging-tail dog – running beetle – walking crab – surfer – speedster – zombie chaser and more. The robot kit provides unique accessories and parts that make robot move on land or water or both. With alternative energy playing such a pivotal role, there is no better time than now to start children on the path to learning basic concepts behind these technologies. Fortunately, all the 14-in-1 robots are powered by the sun, so no batteries required. The robot moves in direct sunlight and allows children to create and use their infinite imagination. There are two levels in building robot version. Level One includes: Turtle-bot, Beetle-bot, Quadru-bot, Boat-bot, Walker-bot, Dog-bot and Wheel-bot. After children explore entry level designs, they can challenge their manipulative skills with Level Two projects: Roly Poly-bot, Auto-bot, Slither-bot, Surf-bot, Zombie-bot, Crab-bot and Row-bot. Additional features include: adjustable polarity on the solar panel to change direction of motor rotation, retractable robot head which can be quickly stored in the upper body, the robot head can be installed in the front, top or rear of the gearbox and transparent housing to see the movements of the gears. As we all say, “”Our children are the future””. And if anything is certain about that future, it is that renewable energy sources and green technologies will play a major role in our children’s lives. With 14-in-1 Educational Solar Robot Kit, let them learn about their future and have fun at the same time. 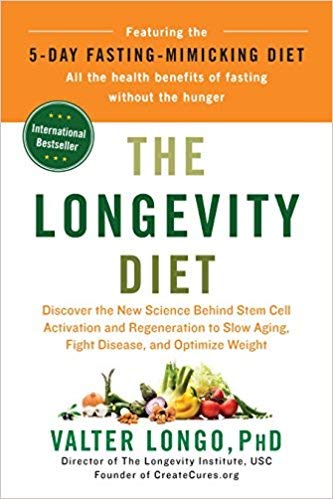